A hi-tech science fiction thriller, THE FRANKENSTEIN FACTOR is an updated version of the legend of Frankenstein. Gail Vernon (Lynda Mason Green), a young behavioural scientist, and Dr. Ian Massey (Stephen Mendel), a young neurosurgeon, are both on staff at the Aerospace Research Corporation (ARC). In Gail’s lab she is showing Massey how a monkey’s behaviour can be controlled by computers. A Rage Response Activator has been inserted in the monkey, priming it to attack when he is touched, but the mechanism is controlled by a remote control activated by Gail. When the ruthlessly ambitious head of ARC, Dr. Alex Whyte (Richard Cox) interrupts them, he forces Gail to take the experiment further. He continues to excite the animal until the monkey works itself into such an uncontrollable frenzy that its inner rage destroys it. Unaware of these events, brilliant young ARC scientist Carl Lehman (David McIlwraith), and his girlfriend Lauren (Teri Austin) are having a shower together when Lauren announces that she is going to have a baby. The happy couple decide to make wedding plans. After a bottle of champagne, Carl tells Lauren that things are not going well with his microchip project at ARC and that he suspects foul play on the part of Whyte.

He confronts Whyte and Massey with his suspicions and they decide that he knows too much so they plan his death in an explosion made to look like an accident. His brain survives the accident and the devious ARC scientists seize this opportunity to carry out a major experiment on him. Through their advanced computer technology and research, they are able to maintain his life in a space suit developed for a Mars space landing. The Rage Response Activator that was used in the monkey experiment is inserted into Carl along with the remote control. While Gail is removing the control device to see why their experiment of bringing Carl back to life is failing, he revives. He pushes Gail against the monkey cages, and when they are accidentally released she is savaged to death by the monkeys. Carl escapes from the ARC complex by hiding in a garbage truck which dumps him into a blazing incinerator. He bursts out, the outer part of his suit aflame. However, he is kept alive by the invulnerable properties of the space suit. While walking aimlessly through town in a state of total confusion, Carl is attacked by three bikers who provoke him into a rage. When the boys strike him with a metal chain, Carl’s rage response activator takes over and he brutally murders the three youths. It is then that a horrified Carl becomes aware of his new found super strength. Upon learning of the murders of the three boys, Whyte decides to enlist the aid of a professional assassin to assist him in destroying the monster that he has created. He turns the task of killing Carl over to Hunter (Pam Grier), a modern day female Samurai. Carl finds his way to Lauren’s house, but because of his hideous appearance he doesn’t face her. Instead, he talks to her through her synthesizer. He warns her about Whyte and tells her to find his trusted friend and colleague Burt (Maury Chaykin).

He then confronts Massey, the doctor responsible for his present condition. Massey tries to shoot him and when the bullets bounce harmlessly off him, Carl turns on Massey, his rage response having been activated. He kills him by throwing him through a window.

Hunter plans an elaborate scheme to trap Carl in a sewer system, using acid guns to destroy him. When her attempts fail, she realizes that Carl is indestructible and that though he is controlled by the computers in the space suit he is still a man with human feelings. She then decides to trap him psychologically by using his human intellect and preying on his emotions. Lauren and her friend Catherine (Catherine Disher) discover a message that Carl has left on her tape machine, telling her to meet him at a church. When she arrives there she agrees to bring Burt to meet him, but she is horrified when she finally comes face to face with his frightening appearance. Upset by her reaction, Carl flees. Burt and Carl meet at the deserted ARC warehouse and while they are talking, the floor where Carl is standing gives way, dropping him into a vat of liquid which instantly solidifies, imprisoning him in a solid block of translucent resin. Burt has betrayed Carl and has been working all along with Whyte and Hunter. The block, with Carl inside, is fork-lifted onto an ARC truck to be brought back to the laboratory. However, due to his incredible strength, Carl is able to break out of the resin block and he escapes once again.

Burt, on orders from Hunter to kill Lauren, arrives at her house. He weakens and confesses his love for her, but when she rejects him he violently attacks her with murder in mind. He is interrupted by Catherine, who helps Lauren escape but they are intercepted at the back door by Hunter, who has arrived to kill Burt after he has disposed of Lauren. Hunter kills Catherine and Burt knocks Lauren unconscious. With Hunter’s help, Burt places the bodies of Lauren and Catherine into Lauren’s car, and on Hunter’s suggestion decides to drive the car into the lake behind the house, making their deaths look accidental. Carl arrives on the scene and Lauren comes to and escapes from the car. Carl now crushes the car, squeezing Burt to death, his body pressing against a dead Catherine. Realizing that the only way to get to Carl is through Lauren, Hunter takes her hostage and brings her to ARC. When Carl shows up at ARC to save Lauren he is told by Whyte and Hunter to reinsert his remote device into the space suit so that they can control him or Lauren will die. Hunter leaves Whyte to take Lauren to the control room and it is then that Carl confronts her in the corridor. Realizing that she cannot get by him, Hunter makes a deal with Carl. She will release Lauren if Carl lets her go. When Carl agrees, Hunter throws Lauren at him, hoping to activate his rage response so that he will kill her. However, unbeknownst to Hunter and Whyte, Carl has already deprogrammed himself, so when Lauren touches him he gently sets her aside while he deals with Hunter. Unaware that he is no longer dangerous, she commits suicide, preferring that to a messy death by Carl. Lauren follows Carl into the operating room where he has a final confrontation with Whyte, who has donned a space suit to give him the same super strength that Carl possesses. While they battle it out, Lauren notices that two other suits in the lab have started twitching. She sees that they contain the mangled bodies of Gail and Massey, hooked up to pumps filling them with the life-giving fluid. She smashes the hoses that connect them, rendering them useless while Carl kills Whyte in a spectacular fight. Carl’s own space suit is leaking badly from the damage done by the acid guns in the sewer and the encounter with Whyte. He slumps down, exhausted and decides to let all the fluid leak out so that he will finally die, while Lauren, who has finally accepted his inevitable death, remains to comfort him.

Several years later we see how the authorities covered up the conspiracy which killed so many brilliant scientists. At the Aerospace Museum in Washington D.C., a tour guide is explaining how the charred space suit on exhibit is a prototype of the suit that was worn in a recent space landing on Mars. She explains how the outer golden fabric on the suit had been melted away during testing that took the life of Carl Lehman, who died a hero’s death. It is obviously Carl’s suit, which is made very clear when we see a little boy and a young woman looking at the exhibit. The woman is Lauren. 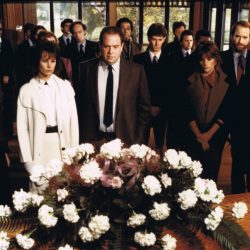 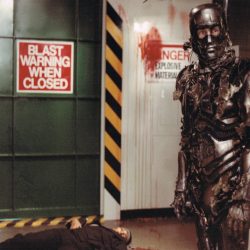 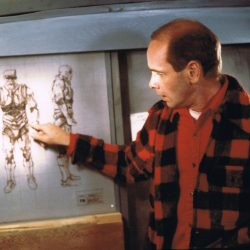 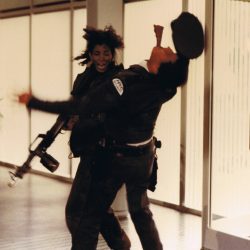 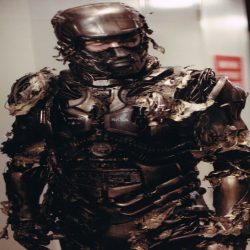 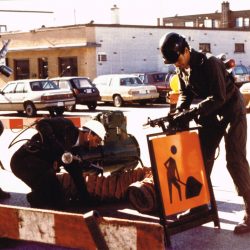 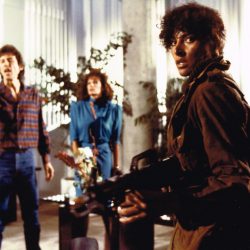 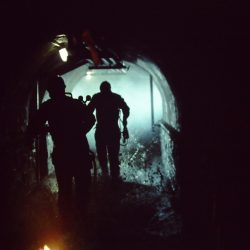 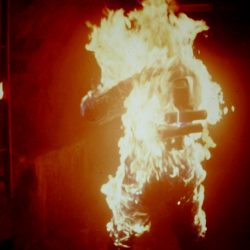 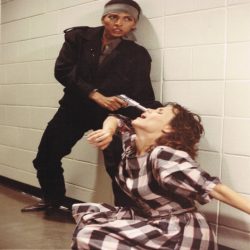 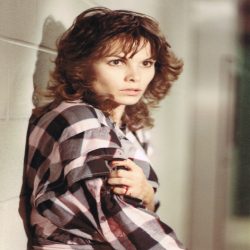 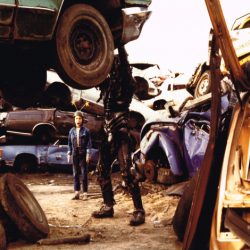 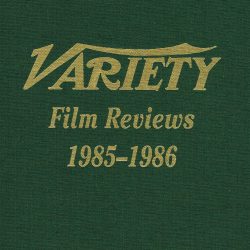 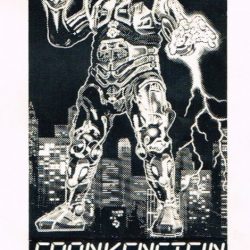 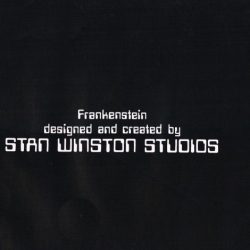 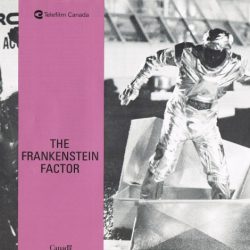 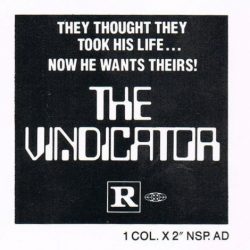 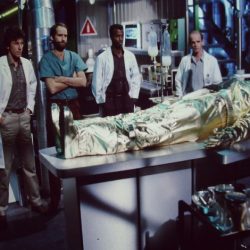 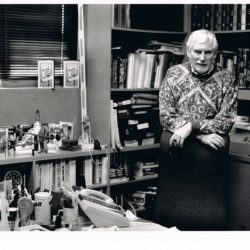 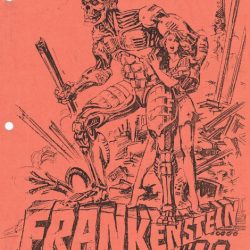 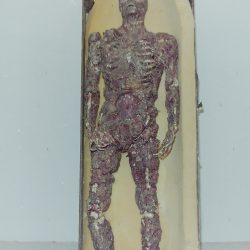 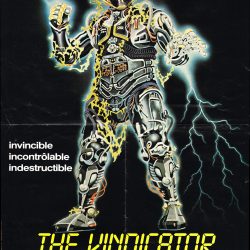 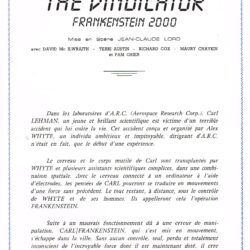 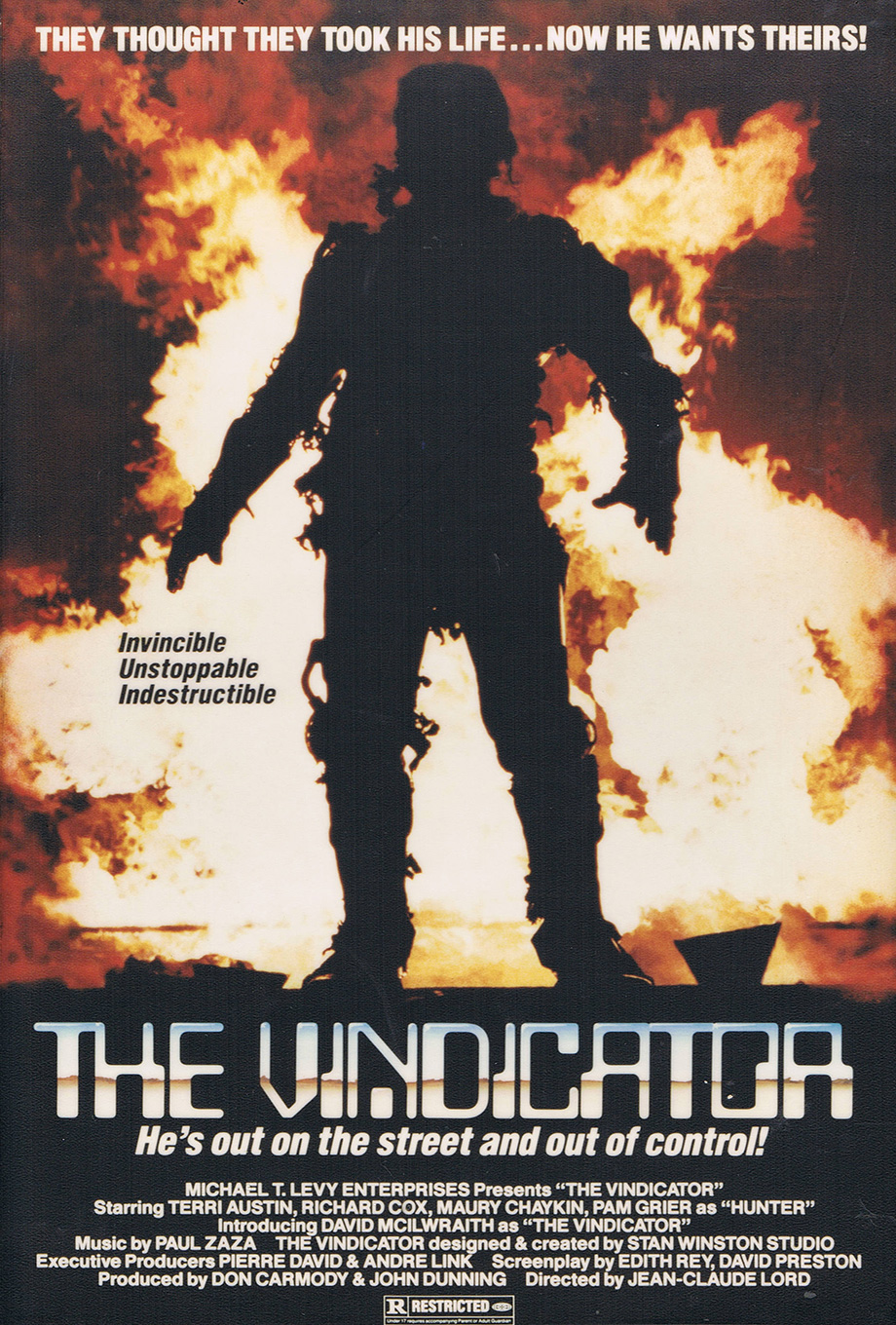 This page may contain explicit content that is inappropriate or offensive for some users. You must be over eighteen (18) years old or the age of majority in your jurisdiction to view the content. The use of the website and access to the content is entirely at your own risk. All content is subject to copyright and may not be used in any way without the express written consent of j.v.j. productions ltd.